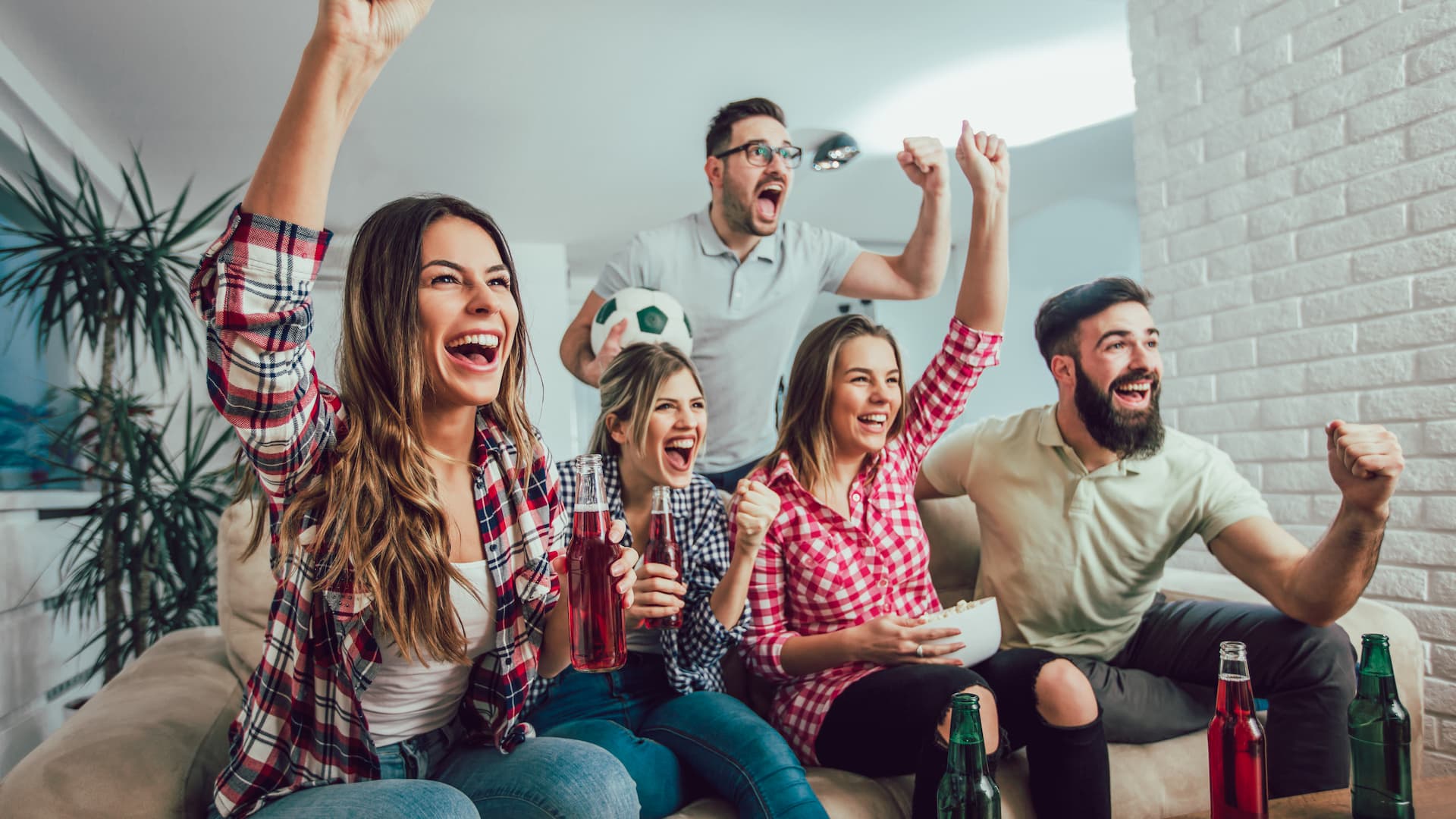 For property investors searching for their first or next opportunity, student properties can offer a good yield and sometimes at an affordable initial purchase price. However, even if you think student properties are a good option, it's not always easy to know which town or city would be the best location for your investment. However, some recent research suggests that for the most part, its cities or towns with just one university that can generate the best returns.

The figures show that an annual yield of close to 10% is possible in some regions, with Swansea and Hull taking first and second place, respectively, in the top ten list. The report also highlights that even in regions where the yield is below the top performers, it is still, on average, higher than the broader, non-student, Private Rental Sector (PRS).

The top three cities have more in common their impressive returns; they each are also only home to one university. Of course, there are some cities in the top ten that buck that trend, with two universities apiece:

Take a look below at the full details of the top ten university cities to invest in student lets. 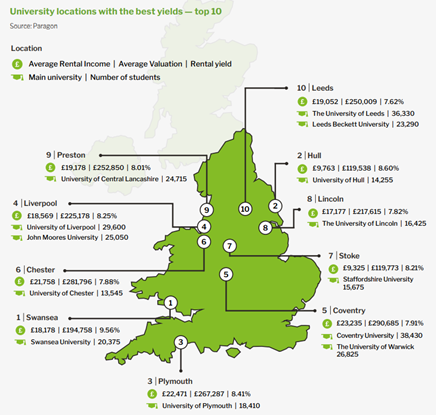 It’s also worth noting that in Paragon’s extended list from 11-20, again, only three locations have two universities, with the remaining seven having only one.

While its helpful to see which cities and towns could be a good spot for your student let investment, seeing a comparison with the broader PRS market. While investing the general rental market might give you more options in terms of location, will it still deliver the same type of return available in the student market.

Figures show that between 2015 and 2020, yields from students lets have outperformed the broader market:

This shows that in each year detailed, the student let market, as an average over the whole country, has outperformed the broader, non-student let market. This is yet another indication that for your first, or next, property investment, you could do worse than invest into a student let. And, with only 13% of PRS landlords currently invested in the student market, there is certainly room for more interest.